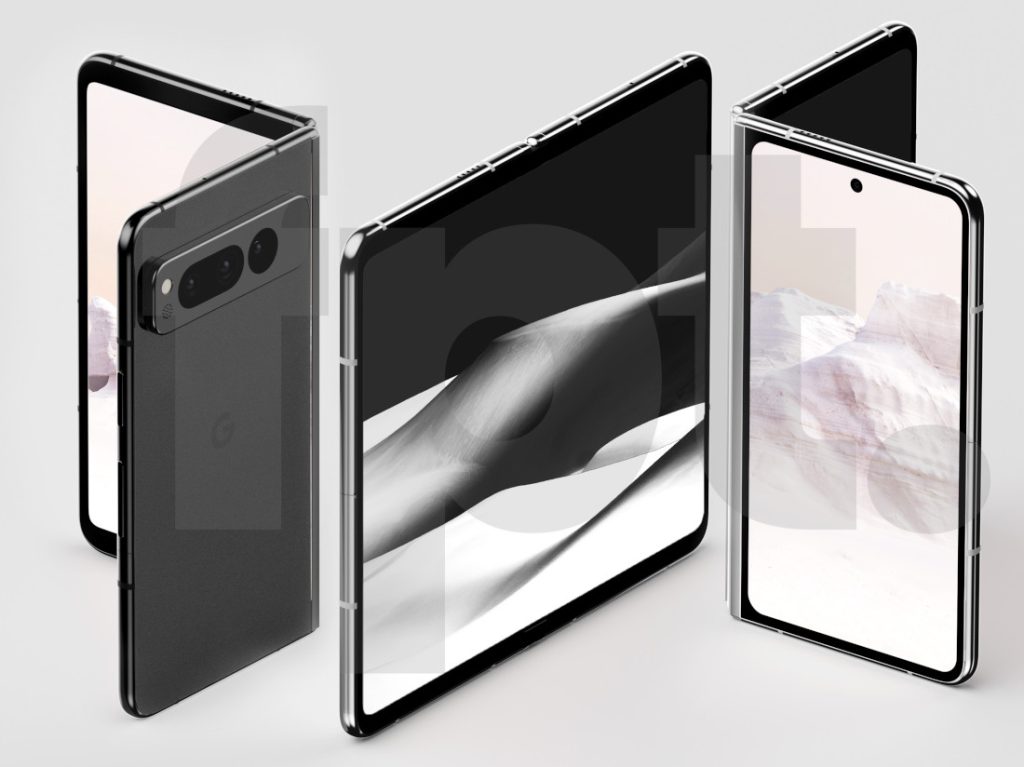 A few weeks ago, the renders of the Pixel Fold surfaced online, and now we have some more details about this upcoming foldable. The Pixel Fold, which might have an internal codename of “Felix,” has appeared on the Geekbench website. 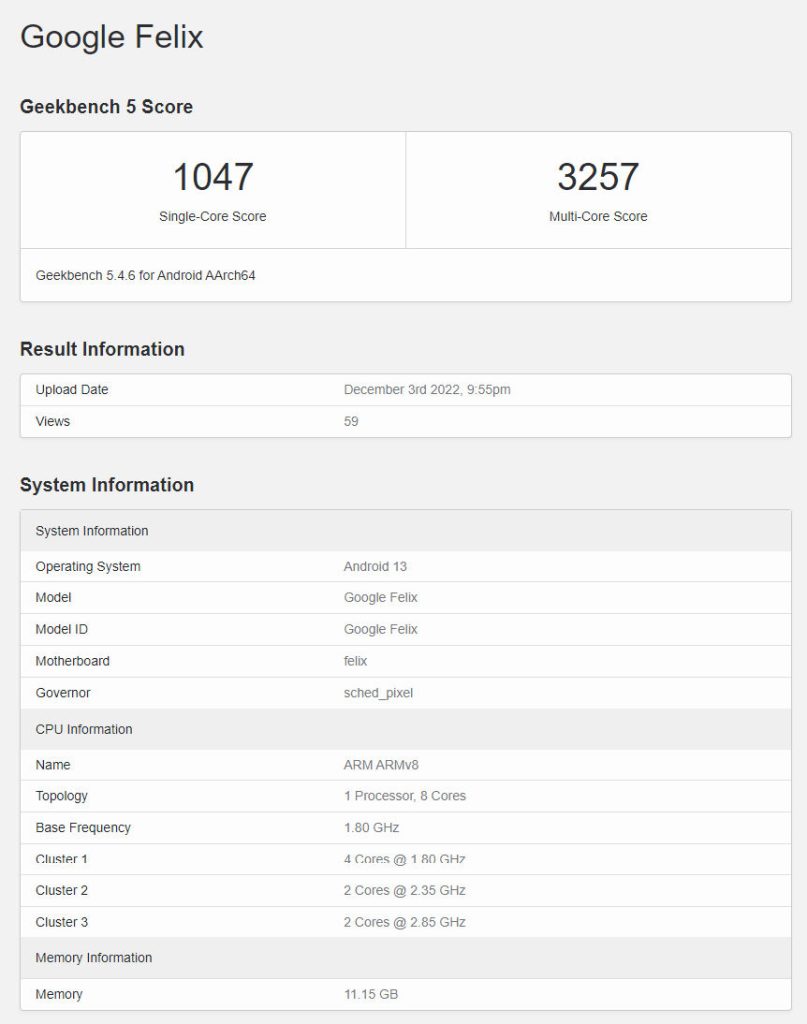 The phone was listed on the Geekbench site with 12 GB of RAM and will run Android 13 out of the box. Going with the previous surface renders, the phone should come with a large foldable screen and an outer screen with a metal frame and a glass back, similar to the Pixel 7 series.

The Pixel Fold is said to come with a 64MP Sony IMX787 sensor for the main camera, a 12MP IMX386 ultra-wide camera, and a 10MP S5K3J1 telephoto camera. It might also feature a 9.5 MP punch-hole camera for the outer screen.