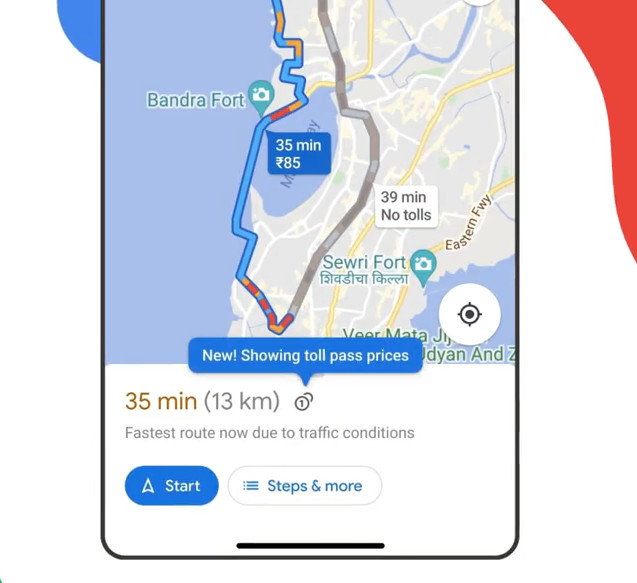 After the announcement in April, Google has started rolling out toll prices on Google Maps for the first time. This will show estimated toll price to your destination before you start navigating by getting information from local tolling authorities.

Google said that it is weighing factors like having a toll pass or not, what the day of the week it is, along with how much the toll is expected to cost at the specific time you’ll be crossing it.

There is also an option within settings to show toll prices with or without having a toll pass–as in many geographies, the price changes based on the payment method you use. It still has the option to avoid routes crossing toll roads entirely, if possible, by selecting ‘Avoid tolls’ within settings.

The new Google Maps feature is already rolling out for both Android and iOS for nearly 2000 toll roads in the U.S., India, Japan and Indonesia, and Google said that more countries will be added soon.

Last week, Google rolled out an air quality layer on Google Maps with Air Quality Index (AQI) to show how healthy (or unhealthy) the air is in the U.S. This is from PurpleAir, a low-cost sensor network which gives a more hyperlocal view of conditions.