Google is Working On A Smart Tracker Codenamed Grogu: Report
Skip to content 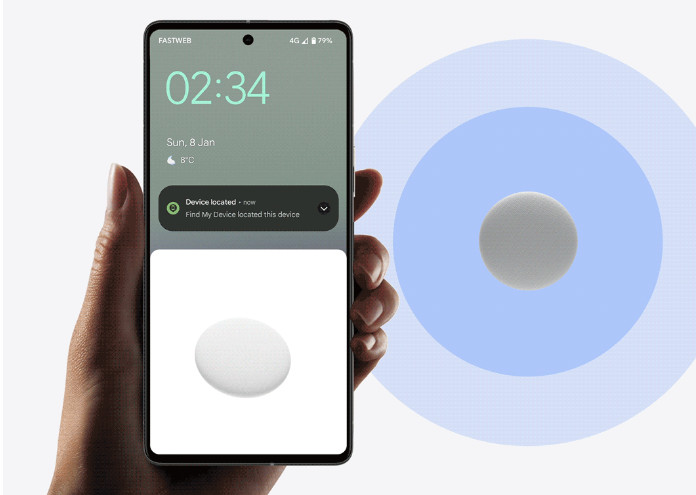 Google is said to be working on a Bluetooth tracker that is similar to Apple’s AirTag, as per an Android expert, Mishaal Rahman.

The tracker will utilize Google’s Fast Pair feature and be identified as a “locator tag” product type. Google is also developing a new Chromecast that works with Google TV, according to earlier reports.

A few days ago, some … interesting concept renders were posted online of a hypothetical Google-made tracker called the G Spot. While it was made as a joke, there's some truth to the slide where it says it'd use Fast Pair!

Google announced in the past year that Bluetooth and ultra-wideband technology will be integrated as standard features in the upcoming version of Android, version 13. These technologies are crucial as they provide efficient tracking while consuming minimal energy.

Additionally, a new feature called “Locator tag” has been included in the developer console for Fast Pair, which simplifies the process of pairing devices without needing to access the settings menu.

Previous indications had suggested that Google was working on a tracking network similar to AirTags, which could be named “Finder Network”. And as per developer and leaker, Kuba Wojciechowski, the product could be named as Grogu.

I have recently found references that show that Google's working on support for locator tags in Fast Pair – see the linked thread for more info. https://t.co/8tvlWaHQpv

Now it turns out Google's working on a first party tracker too!

The Bluetooth tracker known as “Grogu” or “GR10” that would work with both Bluetooth Low Energy (BLE) and Ultra-Wideband (UWB) technology, according to Kuba Wojciechowski. The device is being developed by Google’s Nest team, and it would have a small internal speaker, which will be used to play alerts. It will come in a variety of colors.

Many companies such as Apple, Samsung have released tracking tags that help users locate misplaced or forgotten items. While these tags can be very useful, there have been some downsides reported. Nevertheless, it appears that Google is developing its own tracking tag as an alternative to Apple’s AirTag.

Although it’s still in the early stages, it could be announced at the Google I/O Developer Conference and could be released later this year. The popularity of Apple’s AirTag makes it not surprising to see Google working on its own Android alternative. However, there is currently no additional information available about the hardware at this time.