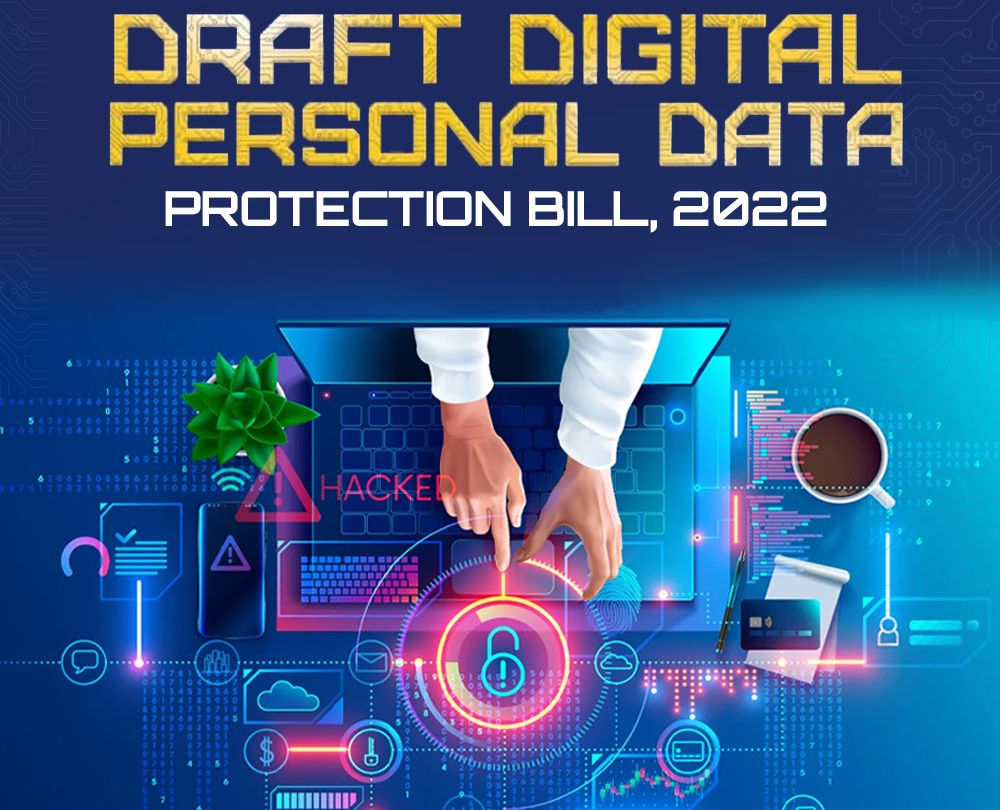 A draft of the new and updated Digital Personal Data Protection Bill, 2022, was unveiled on Friday of last week, and it is more focused on personal data than a previous convoluted form by the Ministry of Electronics and Information Technology. The most recent version of the Act has harsh penalties for not following it, but they are not tied to how much money the business makes.

In case you don’t know, this is the fourth version of a data protection law in India and has a provision that proposes to amend the Right to Information Act 2005. The Justice Srikrishna Committee, set up by the Ministry of Electronics and Information Technology (MeitY), proposed the Personal Data Protection Bill, 2018.

Reworked legislation includes substantial fines for noncompliance, which are capped without any link to the entity’s turnover. It has also simplified laws on cross-border data flows, which might help IT firms, and made start-up compliance easier.

Two possible red flags include a broad exemption for government organizations from some of the bill’s onerous requirements and a diminution of the Data Protection Board’s remit, which is to supervise the proposed legislation.

The Ministry of Electronics and IT (MeitY) says the new draft strikes a careful balance and learns from worldwide techniques while maintaining alignment with the Supreme Court’s verdict on privacy as a basic right, but with acceptable constraints.

The 2019 law proposes a Rs 15 crore or 4% worldwide turnover penalty. In the event of a personal data breach or the non-fulfillment of additional child-related requirements, the suggested penalties are up to Rs. 200 crore.

Failure to meet their obligations will result in a Rs. 150 crore fine for Significant Data Fiduciaries. Entities need parental approval for children’s data. A data fiduciary won’t watch children’s behavior’s or tailor advertisements to them.

The draft’s clause 30 reads as follows:

The following changes must be made to clause (j) of sub-section (1) of section 8 of the Right to Information Act, 2005:

The Ministry has requested public comments on the proposed bill

The bill is up for public comment through December 17, 2022, and it is expected to be introduced the following year during the budget session.

According to the Digital Personal Data Protection Bill, 2022

If the Board determines at the conclusion of an inquiry that noncompliance by a person is significant, it may, after giving the person a reasonable opportunity of being heard, impose such a financial penalty as specified in Schedule 1, not exceeding rupees five hundred crore in each instance