Chromebooks Get Better Integration With Android Devices
Skip to content

Google has announced some exciting new features that will allow ChromeOS-powered Chromebooks and Android OS to work together seamlessly. These new features arrive in Chrome OS 103 update. These latest updates will improve the compatibility of your Android phone and Chromebook laptop.

To begin, the existing Phone Hub feature has been updated, and you can now instantly access the most recent photos you took on your phone—even when you’re not connected to the internet. When you take a picture with your phone, it will appear in the Phone Hub on your laptop under “recent photos.” 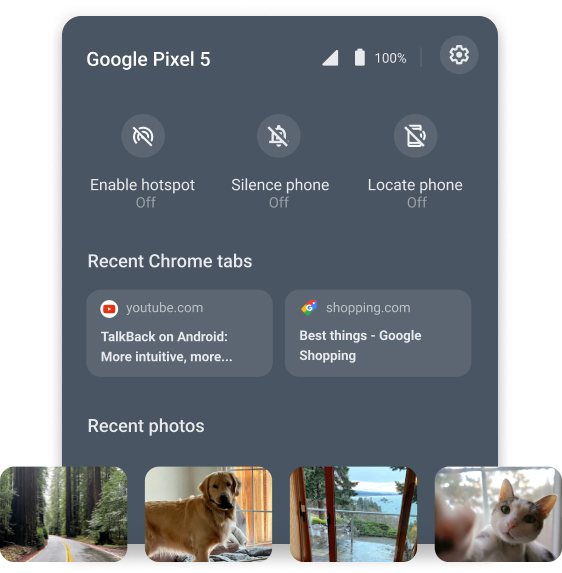 Second, the latest ChromeOS will allow you to securely connect a Chromebook to any saved Wi-Fi network using an Android phone and Nearby Share. To test it, go to your Android phone’s internet settings and select “Wi-Fi network” and “Share.” Then, under the QR code, tap the “Nearby” tile and select the Chromebook you want to connect to the internet. Nearby Share will deliver the Wi-Fi credentials (network name and password), and the Chromebook will connect to the Wi-Fi automatically.

Aside from these two features, the company has announced another upcoming feature that will make it easier than ever to sync headphones or other compatible accessories to your Chromebook via Google’s Fast Pair framework. 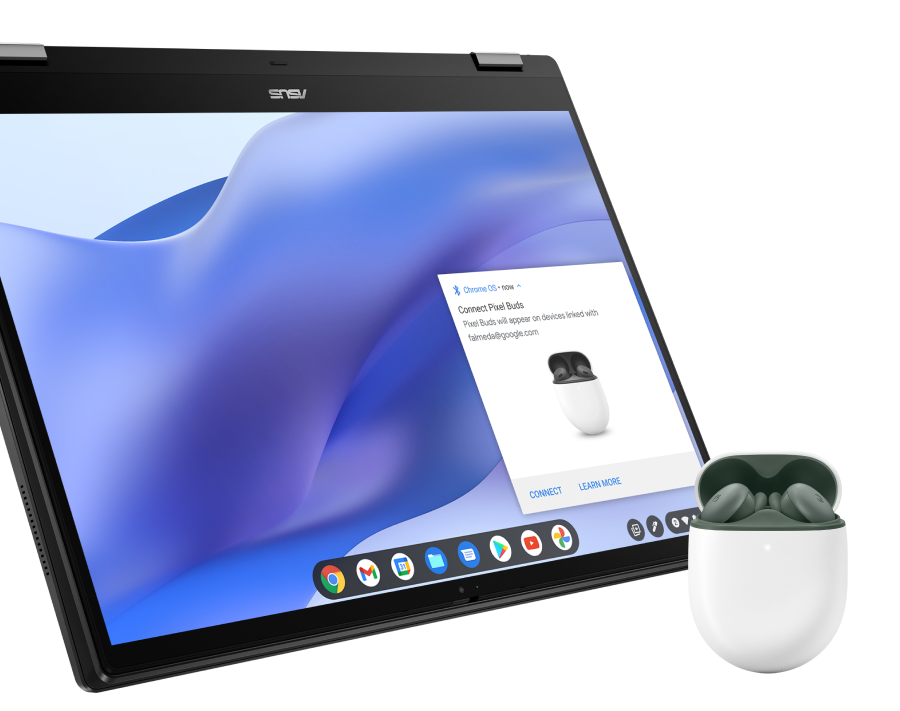 Chromebooks will detect when a new pair of Bluetooth headphones is nearby, and a pop-up notification will make pairing simple. This feature will become available later this summer.