CES 2022 the Dell XPS 13 no longer has a physical trackpad because it looks cooler | megablogme.com
Skip to content

Hold on to your old XPS 13 laptops if you like the physical trackpad and all the physical ports because Dell is following Apple’s lead and doing away with them all, and I won’t help but have a sense of dejà vu, As it’s now called, the latest Dell XPS 13 Plus features the most radical design change Windows laptops have seen in a long time.

Inspired by Generation Z, the Dell XPS 13 features an edge-to-edge keyboard, the latest 12th generation Intel processor, none of the necessary connections and much more. Here’s a quick summary. 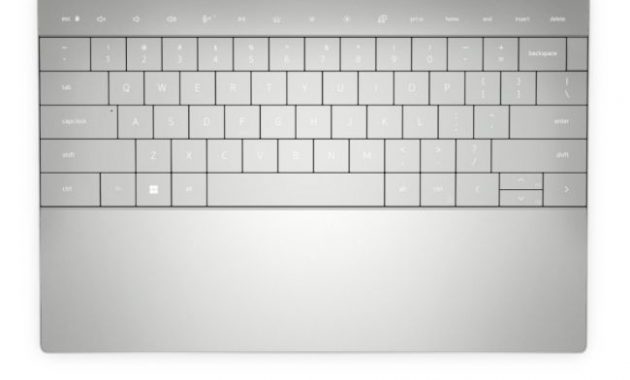 The Dell XPS 13 Plus features a 12th generation Intel Core processor with a 28W TDP, compared to the previous generation’s 15W TDP, To handle this new power and the heat it generates, the Dell XPS 13 is equipped with larger fans, which provide 55% more airflow and are just as quiet.

The Dell XPS 13 Plus also features Express Charge 2.0, which allows the battery to be recharged to 80% in less than an hour. The laptop is still half an inch thick as far as dimensions are concerned.

Moving on to the design, we see the biggest changes. The Dell XPS 13 Plus features an all-new thin-frame OLED display, which offers 4K resolution & EyeSafe technology to reduce the harmful blue light emissions. Secondly, the keyboard design has been revamped, It now has an edge-to-edge design, which means there is hardly any space between the keys, but they are larger and have the same spacing as the previous generation model.

A series of capacitive touch functions have now replaced the function keys. They look very cool and work like capacitive keys. Dell also feels that the physical trackpad is so “2021” and is removing it completely. Instead, we get an invisible capacitive touchscreen, indistinguishable from the handrest.

The thin and light laptop also only has two USB Type-C ports. This means that if you have USB Type-A accessories, you will need a USB docking station.

The Dell XPS 13 Plus focuses on form over function. That’s not necessarily a bad thing either, If the keyboard and trackpad combination works well, you can only be congratulated for trying something else, Either Dell is taking a very calculated step, or it’s taking a radical risk, either way, I can’t wait to try it out.