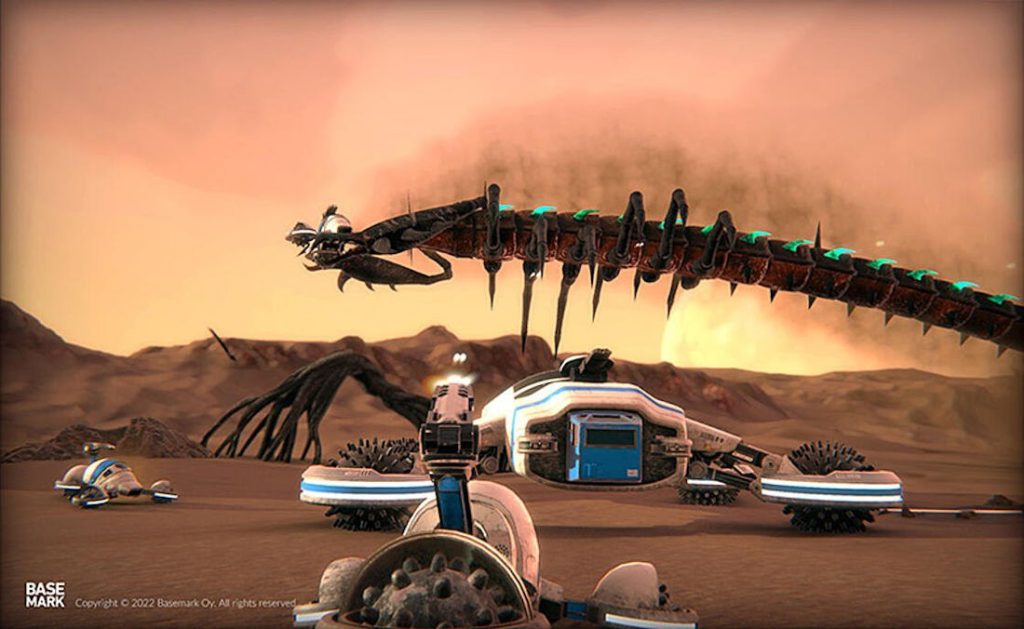 Basemark, popular for its benchmark apps, has launched GPUScore: The Expedition graphics benchmark for Android or iOS. Targeted at high-end and other mobile devices, it utilizes the latest mobile GPU technologies, like Variable Rate Shading on supporting devices. In addition, it supports Vulkan and Metal.

The company said that the benchmark uses state-of-the-art rendering algorithms, similar to ones seen in the latest mobile games. “Every run of GPUScore: The Expedition runs exactly the same content regardless of hardware and operating system. This combination makes the test results truly comparable with high accuracy and reliability,” said Basemark.

The GPUScore: The Expedition has been developed together with industry leaders that are members of Basemark’s benchmark development program, such as Samsung, Nvidia, MediaTek, Imagination, Broadcom, ARM, and Qualcomm, according to the company.

Since it has close cooperation with the industry leaders, it ensures benchmark quality, correct performance measurements and usage of the latest technologies in the graphics industry.

Commenting on the launch of GPUScore: The Expedition, Tero Sarkkinen, Founder & CEO of Basemark, said:

Professionally designed benchmark applications, such as GPUScore: The Expedition, fill a special need in the world. They’re designed to offer a reliable, repeatable, and comparable deep performance analysis. This is something that cannot be achieved using real-world applications, such as games since they usually include optimized code paths for certain GPUs, e.g. can use different shadow calculation algorithms for GPUs from different vendors.

This means that making a fair performance comparison is impossible since different GPUs are in fact running different things, often resulting in different renderings and image qualities. At Basemark, we recommend independent observers to use a collection of tests, ranging from real-world applications to professional benchmarks such as GPUScore – The Expedition