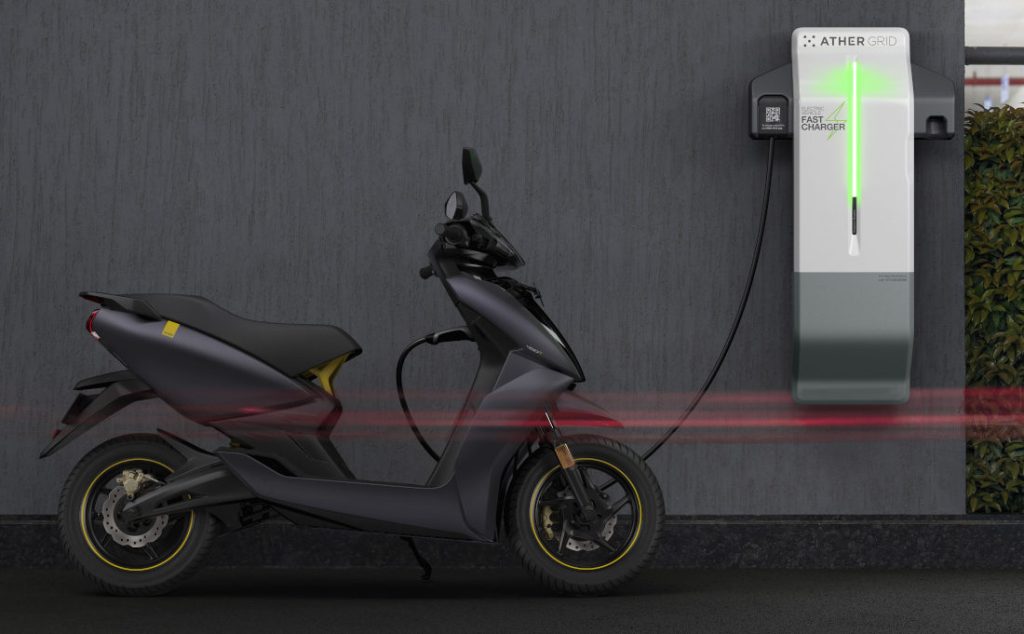 Ather Energy has announced that it has installed the 580th public fast charging point, the Ather Grid, across 56 cities in India. The company plans to install 820 more grids, taking the count to 1400 by the end of FY23. Ather said that its fast charging Grids have been strategically installed across markets, with 60% of current installations in tier-II and tier-III cities.

The Ather charging network is supported by the Ather Grid app, which allows all EV owners to locate and check the availability of the nearest charging stations in real-time. As announced earlier, its fast charging network can be used for free of charge till the end of December 2022. This is available for both electric two-wheelers and electric four-wheelers.

Ather Energy has partnered with multiple players like Park+, Magenta Power, and signed MoU with the Government of Karnataka, to set up EV charging locations in various cities. It is also working with Co-operative Housing Societies & Owners’ Associations to help Ather owners in setting up home charging solutions in their apartments and buildings.

Ather said that it will continue to partner with more progressive hosts which can offer EV owners easy accessibility, curb range anxiety, and ease the adoption of electric vehicles.

It has been our endeavour since inception to build accessible charging infrastructure, in order to fast-track EV adoption. As demand grows and we expand our retail network into new markets, it becomes imperative that we support the expansion with strong investments in charging infrastructure. In addition to setting up charging points, we recently opened up our proprietary charging connector for any OEM to adopt.