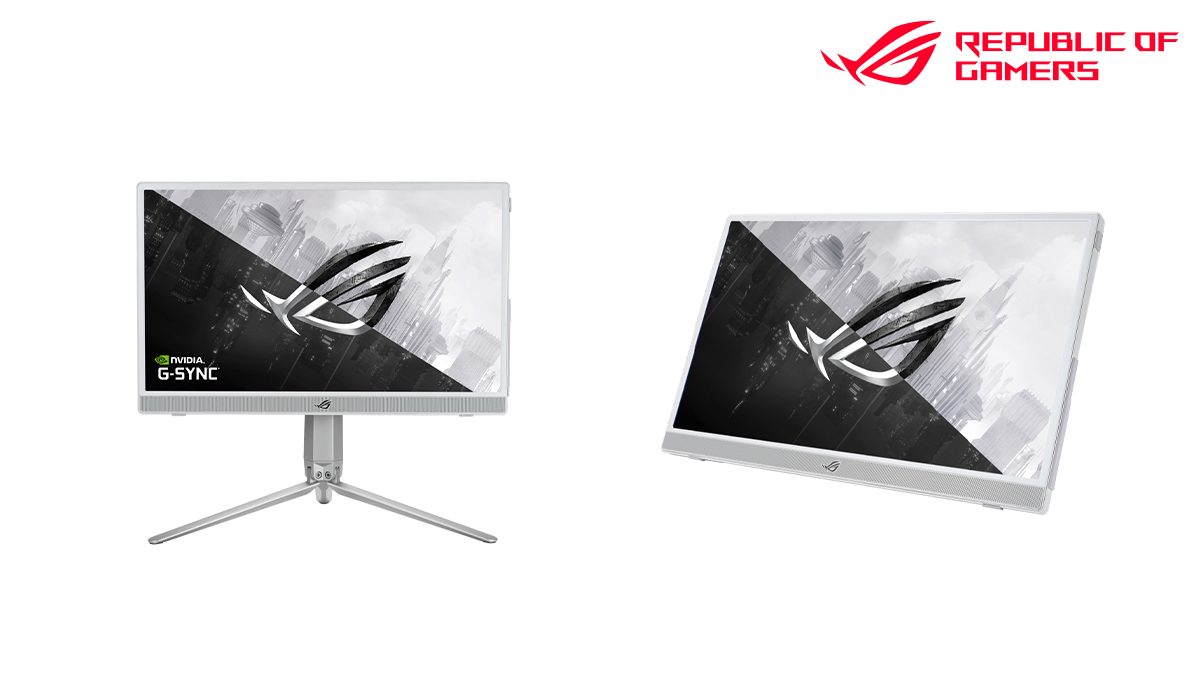 The ROG Strix XG16’s 15.6-inch FHD IPS display produces vibrant color, with a refresh rate of 144 Hz and the ability to work with G-SYNC, it has incredibly smooth graphics and great gaming experiences. The ROG Strix XG16 enables gamers to play in any environment without worrying about running out of battery life. A high-capacity 7800 mAh battery allows for up to three hours of watching at 144 Hz, and a quick-charge mode allows for up to two hours of use after only one hour of charging.

A collapsible kickstand elevates the Strix XG16 to one of four viewing modes in landscape or portrait configuration for optimal viewing angles. The Strix XG16 has a tripod socket that works with regular tripods. This means that the monitor can be used as a second screen for a laptop or as a bigger screen for a mobile device. Additionally, the Strix XG16AHP models feature a ROG tripod. The Strix XG16 is small and light, so it fits easily into the ROG sleeve to make things easier. 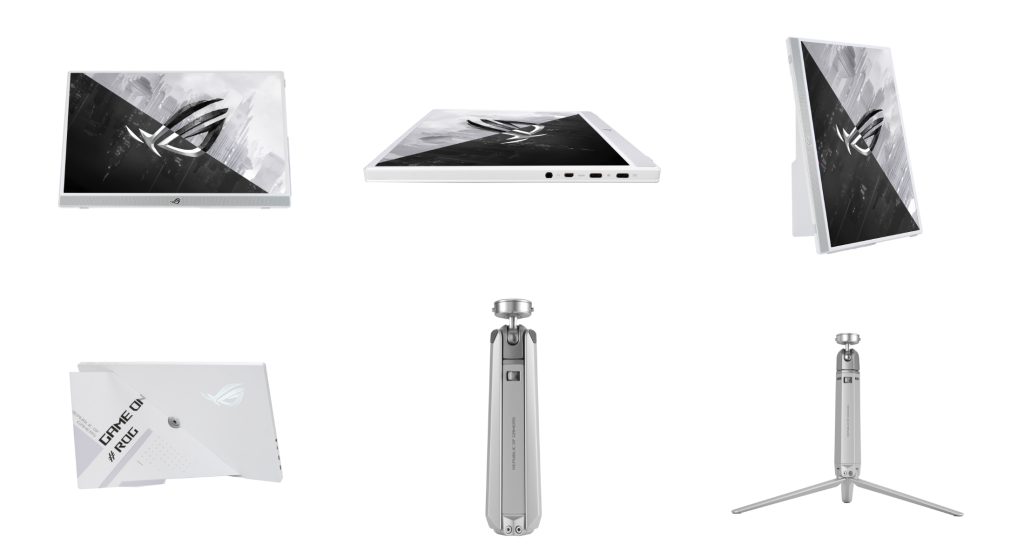 The monitor has two USB-C ports and a mini HDMI port, which make it easy to connect to a wide range of devices, such as cameras, smartphones, tablets, laptops, and gaming consoles. The ROG Strix XG16 derives signal output and power from the USB-C connection when it is connected to a laptop or computer. The USB-C cable and adapter that came with it can also be used to charge it.

The ROG Strix XG16 is the company’s first portable gaming display with an all-white finish. The device is also offered in a traditional black finish. Both types have distinctive back covers that give them a pleasant appearance. 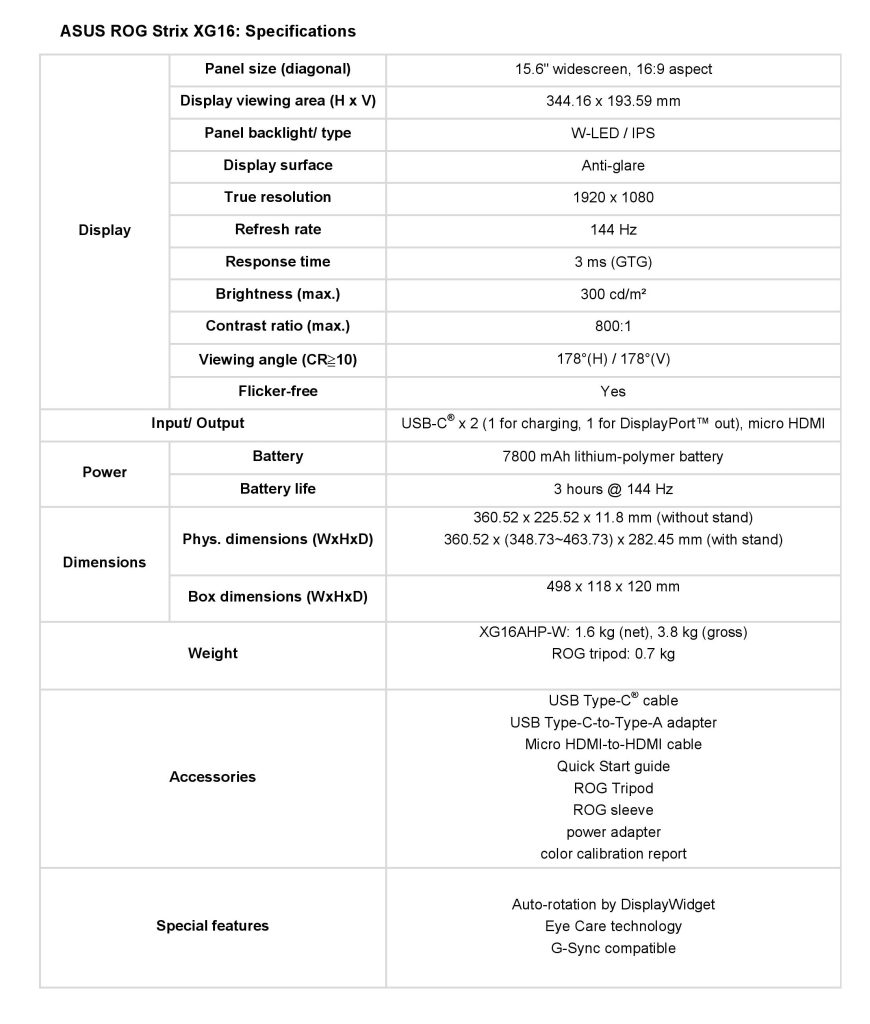 Beginning in July, customers will be able to purchase the ASUS ROG Strix XG16, beginning with the model (XG16AHP-W) for a price of Rs. 60,999.