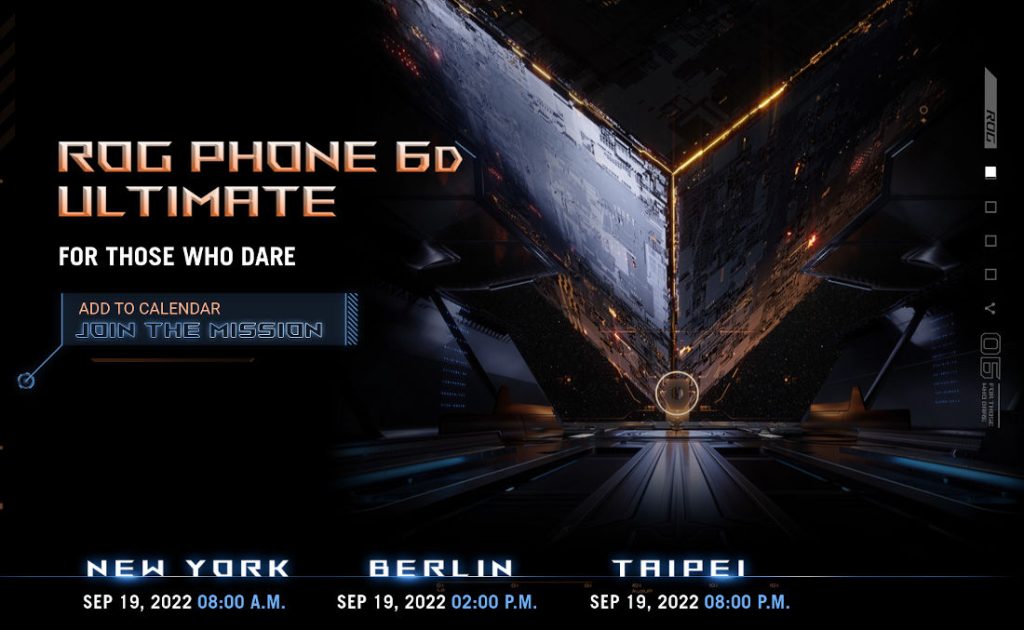 After rumours, ASUS has confirmed the launch of ROG Phone 6D in a global event on September 19th. The company has also confirmed that it will be powered by Dimensity 9000+ SoC compared to Snapdragon 8+ Gen 1 SoC in the ROG Phone 6 that was introduced last month.

Other than the SoC, this is said to retain other specifications as the Snapdragon version, including a 6.78-inch FHD+ 165Hz AMOLED screen, 50MP IMX766 sensor and a 6000mAh battery with 65W fast charging.

The ROG Phone 6D could be cheaper than the Snapdragon version. We should know the price and other details when the phone goes official next month.