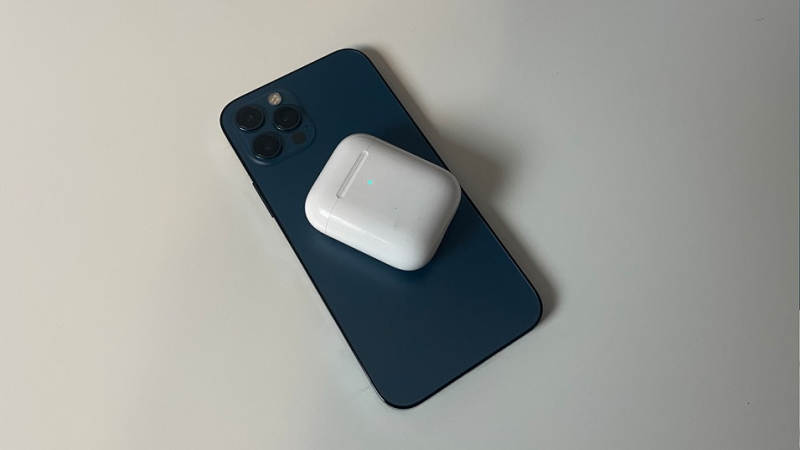 A new Apple patent application discloses the use of a new bimodal reverse charging system on a future iPhone to recharge accessories.

Apple’s patent application for a wireless charging system using bimodal magnetic alignment components was published last Thursday. According to reports, future iPhones may include a wireless charging mechanism for AirPods, the Apple Watch, and other accessories.

To recall, Apple’s existing wireless charging on the back of an iPhone uses a huge coil that can’t charge a watch. Also, reports say that Apple is working on OLED iPad Pros with 11.1-inch and 13-inch screens for 2024.

Apple’s patent summary notes that wireless charging systems use electromagnetic induction to power electronic devices without a connection; with the technology, some portable electronics can be charged by placing them on a wireless charger’s surface.

This method can be time-consuming. A lack of surface characteristics might make alignment problematic. If the device and/or charger are jostled during charging, they may become misaligned.

Some electronic devices have magnetic alignment parts that are shaped like rings. These parts can attract and hold two devices in a certain position.
Magnetic alignment systems can have “main” and “secondary” components.

In Apple’s patent, FIGS. 22A and 22B, a bimodal alignment component in two different attachment positions, is shown in streamlined cross-section views.