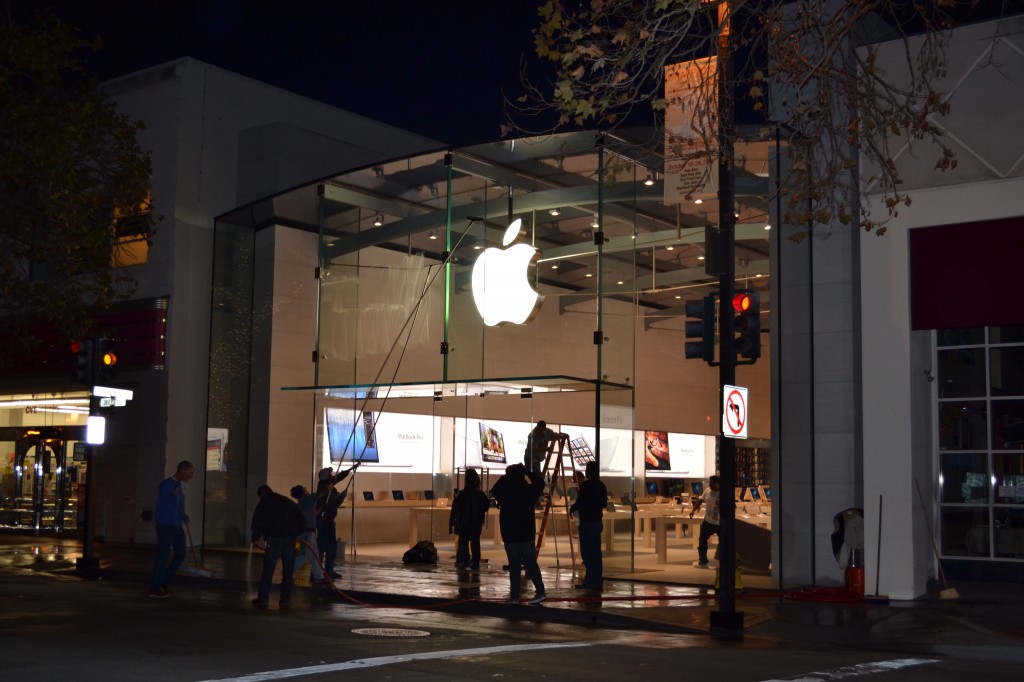 According to a report by the Economic Times and a listing on the Apple career page, Apple has begun recruiting for retail outlets in India.

Apple has posted job advertisements for store leaders, market leaders, and managers for ‘Apple Retail,’ with some roles already filled. According to experts, this is a strong sign that the iPhone manufacturer is preparing to build its flagship retail locations in India, a strategy which has been in the process since 2015.

Apple CEO Tim Cook back in 2020 said that Apple will open its first retail store in India in 2021 and is seeking approvals from the government for it. A rumour from last year said the first Apple Store will open in Mumbai followed by the second retail store in New Delhi and store in Bengaluru is planned as well.

The Apple India website’s careers page highlighted four positions with references to Apple’s retail operations in various places across India. As per industry analysts, there really are conceivably hundreds of jobs, as a typical Apple Store employs at least 100 people.

Some of the store jobs available are IN-Technical Specialist, IN-Store Leader, IN-Operations Expert, IN-Business Pro, and more, and all the specified jobs are to be recruited across India – You can check for more information here. 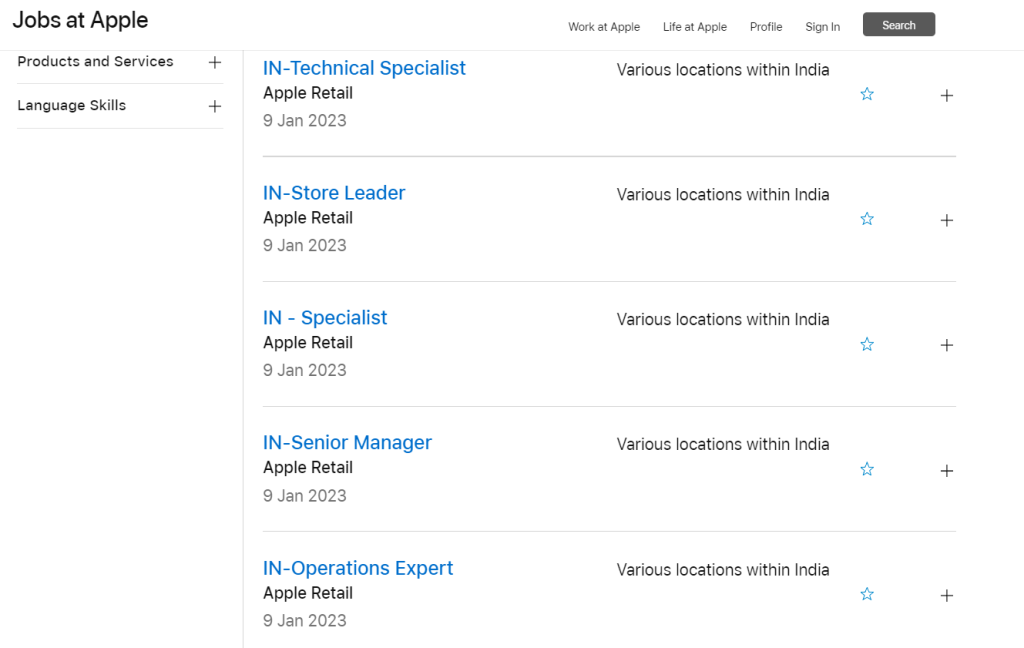 According to the listing, these positions are directly related to Apple’s retail operations, which includes flagship Apple stores, one of which is supposedly opening in Mumbai in the March quarter of 2023 in a 22,000 square foot space.

Thus, according to LinkedIn posts, several of these roles have already been filled. Apple’s head of recruiting has responded to those posting job updates about working at Apple retail, the report added.

The job postings show Apple’s attention on the world’s second-largest smartphone market. The company already has an online store, but it is yet to open an offline retail store.