Android Auto For Phone Screens Shuts Down For All 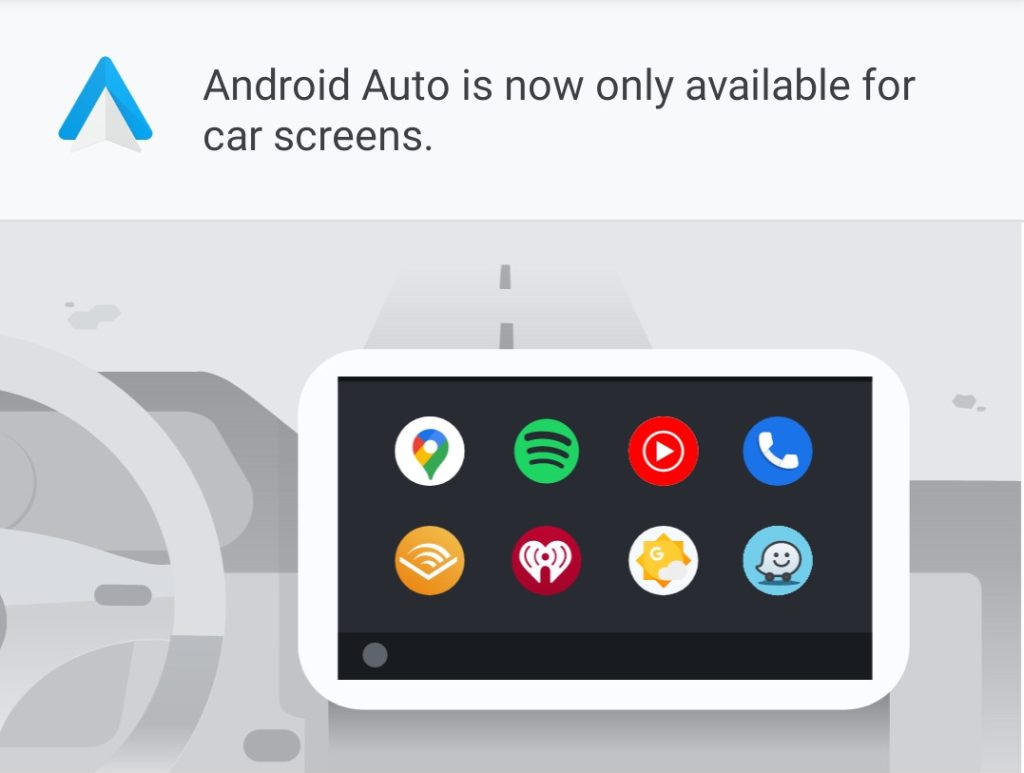 Google has shut down its Android Auto app for phone screens for everyone, after announcing the app’s discontinuation of updates in 2019. As Google focuses more on Google Assistant Driving Mode, this is an obvious move from the company.

The app currently directs users to the Android Auto settings page, which notes the service’s suspension and states that the platform is now only available “for car screens.” Google had already stopped supporting Android Auto for Phone Screens on devices running Android 12 and higher, but it continued to support devices running earlier versions of the operating system, and now the service has stopped.