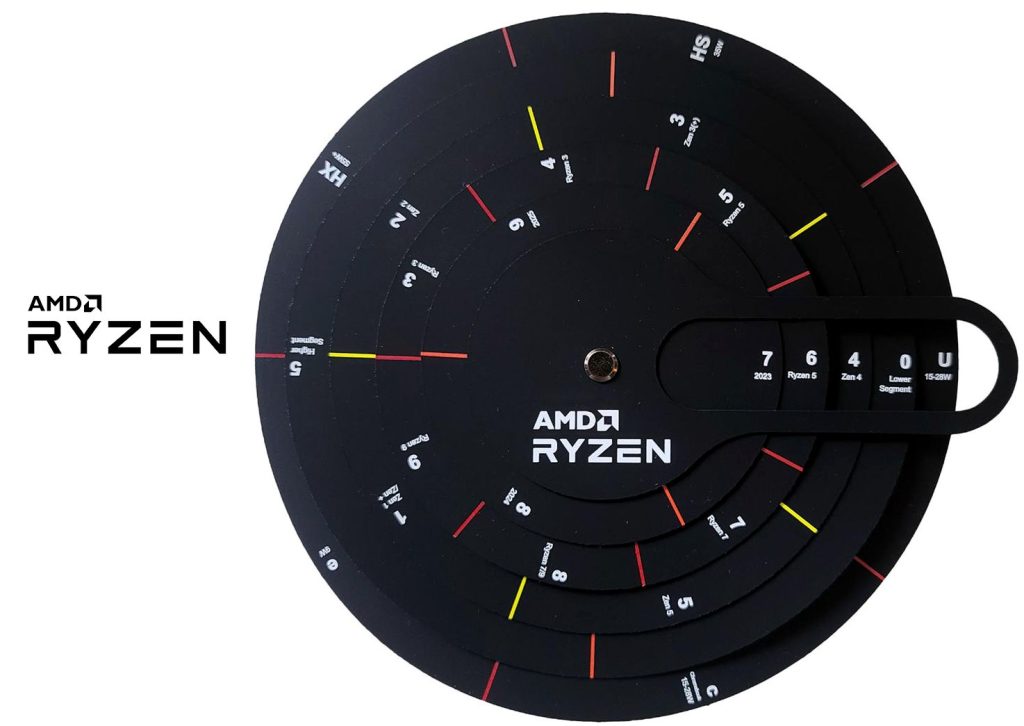 AMD has announced a new naming system for its coming Ryzen Mobile processors. The firm wanted the nomenclature to be straightforward for the general user, where a higher number simply conveys more CPU speed, yet be technical and detailed, so an enthusiast could rapidly “decode” the number to know what’s underneath.

Consider the CPU name, Ryzen 7640U. The first number (in this case, 7) shows the year of release. So, this indicates that the processor was released in 2023. The second number refers to what AMD calls “market segments.” A 1 will denote the lowest tier, Athlon Silver, while the most powerful Ryzen 9 chips will bear a 9.

The fourth digit, called “feature isolation,” differentiates processors with the same architecture. The fastest chips in a market region receive a 5, while the slowest receive a 0. The final suffix will still show the TDP as follows: HX for 55W, HS for 35W, U (or C for Chromebooks) for 15-28W, and a lowercase e for 9W.

In order to compete in the five distinct markets/spending brackets, AMD has developed five distinct SOCs. Depending on the specifications desired by the laptop manufacturer, the following table shows a combination of brand-new designs and updated 2022 systems. However, it’s crucial to note that all of these products are housed under AMD Ryzen 7000, and that each CPU architecture is exclusive to a certain series.

Regarding the new naming system, AMD in its community said,

This new numbering system is foundational to how we will be naming and numbering our mobile processors for years to come, and we’ve already smoke-tested it against a 5-year time horizon. We hope this new system will give everyone a better sense of what’s inside our processors, and we hope that it shows we’ve been listening to your conversations around the importance of model numbering.