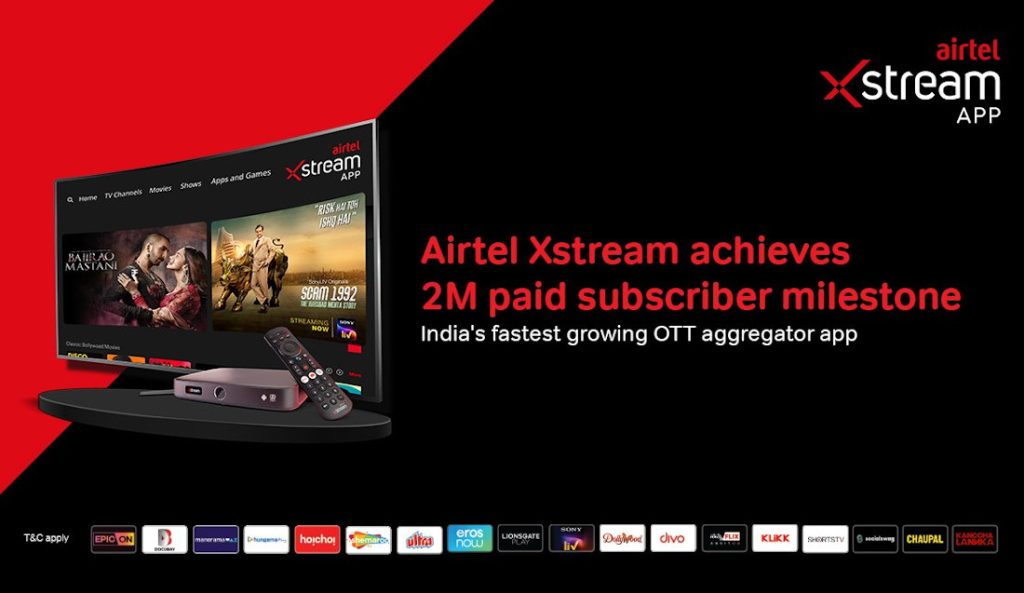 Airtel has announced that the Airtel Xstream now has 2 million paid subscribers. The company said that it is India’s fastest growing OTT aggregator platform.

Airtel said that it is looking to achieve 20 million paid subscriptions for Airtel Xstream and looking to bring onboard content partners such as Chaupal TV from Punjab and Kanccha Lannka from Odisha to its roster of OTT content partners.

Airtel Xstream is an idea whose time has come. It is a unique product that brings together the best content across India and the world under a single subscription in one app, at the most competitive price possible. Our accelerated growth is due to our ability to meet the needs of the Indian consumer for great regional content. We will be doubling down on our regional strategy with our existing partners and will continue to onboard new partners with stellar regional content catalogues.